You are here: Home / All / Where all the magic happens…

Because absolutely no one asked for it, Brian thought it was appropriate to break the fourth wall and show you, the fans, what his office/studio looks like. This is where all the NERDENGS happen, people.

Walk through the door and this is what you see… 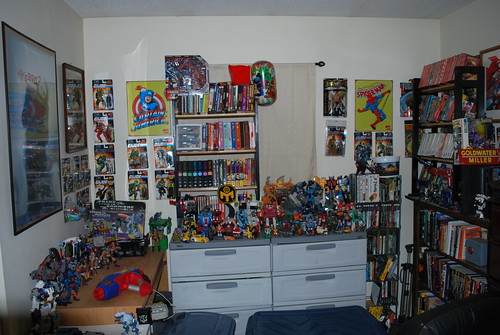 Note the Sega Master System cartridges given to Brian by his friend Dusty. Thanks Dusty! Also is a signed Steranko Captain America print. Just because. 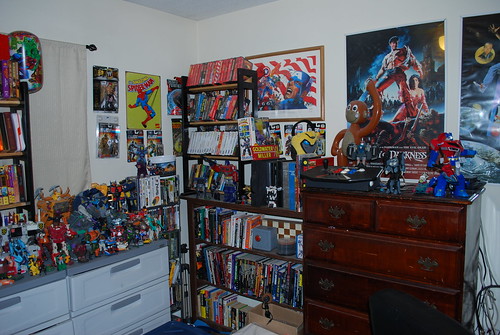 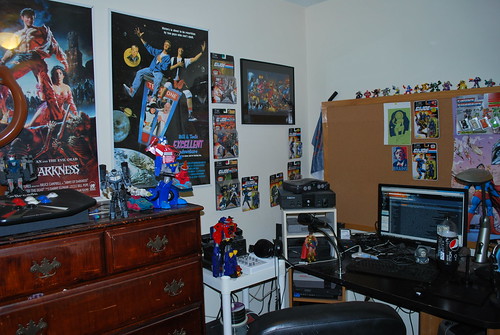 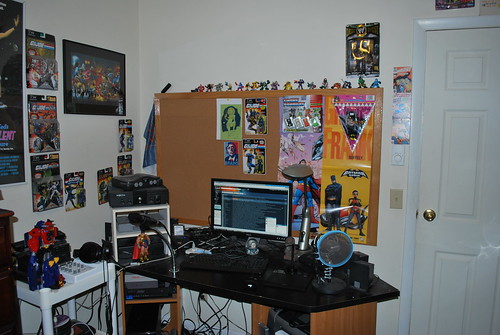 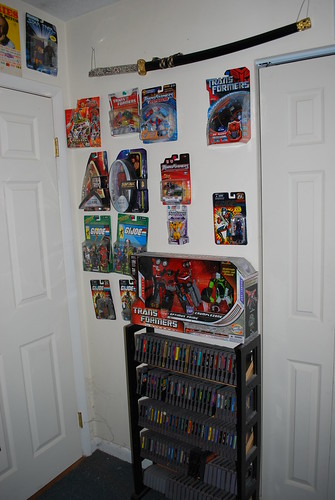 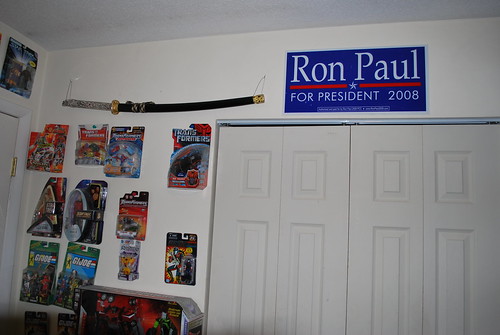 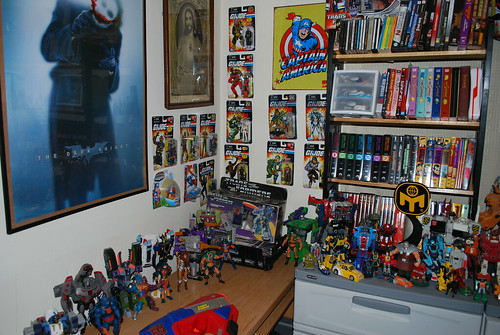 Let’s pan right a little for a tighter shot… 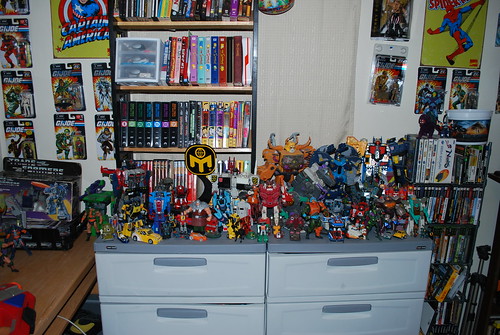 A little more… notice the Goldwater 64 bumper sticker. That is vintage, was printed in 1964. Also, check out the awesome Bumblebee Easter basket. 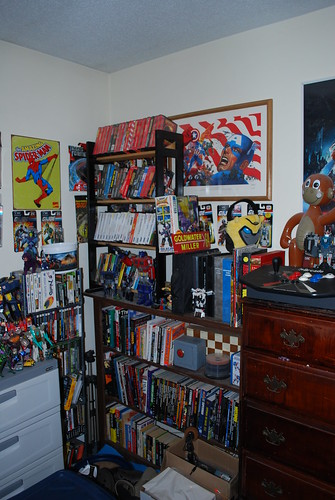 Noticed the X-Arcade stick and the Star Convoy down there on the bottom right of the screen. Believe it or not, this Brian’s office AFTER purging. 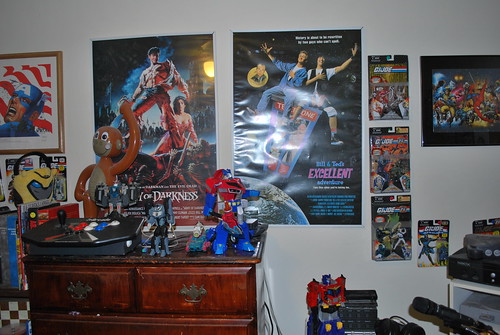 All in all, Brian is a happy, unrepentant nerd. Unfortunately, most of the toys are in storage. Maybe if he gets a bigger house down the road…

A few great finds this weekend.....
ExVee said I look like an idiot ...